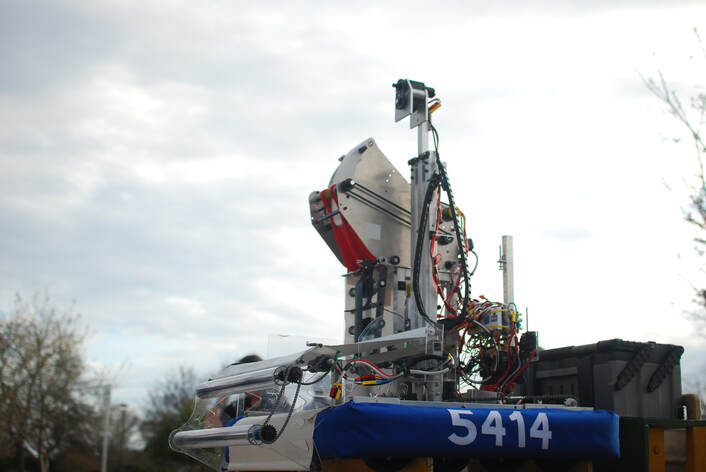 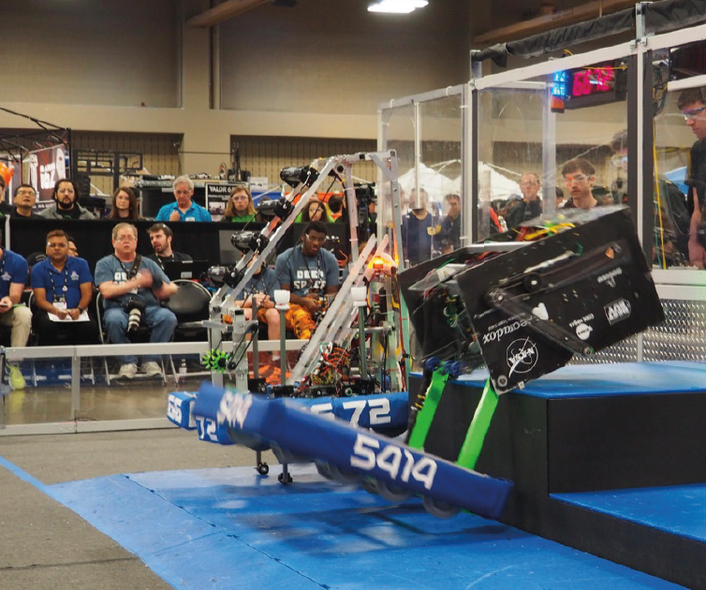 Pearadox students designed and built Waste Management during the 2019 build season for the FRC Game “Destination: Deep Space”. Waste Management made it to finals as the Alliance 3's  Alliance Captain at the Channelview district competition, their first competition of the season. There, Pearadox was awarded the Excellence in Engineering Award. At the Greenville district competition, Waste Management advanced to finals as the Alliance 2's Alliance Captain and received the Autonomous Award due to the hard work put forth by all the programmers. Pearadox came even closer to greatness at the Pasadena district event, where the Drive Team and Waste Management came close to winning the district event, with one of their matches being lost by only a difference of one point! In addition, Pearadox was awarded the prestigious Engineering Inspiration Award. At the District Championship, Pearadox was once again awarded the Autonomus Award. This year, Pearadox was the second pick of the second alliance in the Galileo division at World’s Championships, where the Alliance lost at finals after a dedicated effort.

Waste Management is so named because of its unique climbing mechanism. It has the capability to flip the top side over onto a platform behind it elevated about nineteen inches. Through detailed calculations, intensive subsystem integration, and the constant support of mentors, Pearadox students were able to control variables, such as the center of gravity, so that the robot could pull itself up from the level one platform when its center of gravity was located on level three. The students found that the appearance of the mechanism resembled the flipping movement of a dumpster truck, and given how the Waste Management company has similar colors in its logo with the Pearadox logo, the robot was dubbed Waste Management. 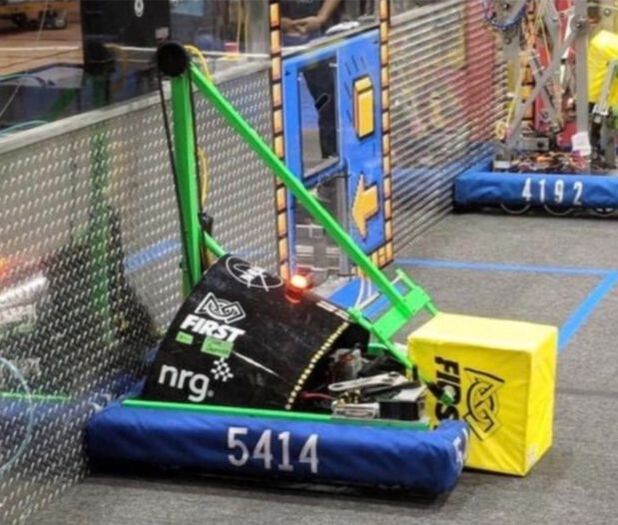 Pearadox constructed Scorpion for the 2018 FRC Game “Power-Up”. The first competition of the season that Pearadox participated in, the Lone Star Central Regional, saw Scorpion as a first pick for the eighth alliance. Pearadox also received the Gracious Professionalism Award. At Colorado, an out-of-state regional, Pearadox achieved the Entrepreneurship Award, became a finalist as a second pick for the first alliance, and qualified for the World’s Championship competition by WildCard. At Lone Star South Regional, Pearadox qualified once more for World Championships’ not through luck, but through the efforts of the students diligence in achieving the esteemed Chairman’s Award! Meanwhile, Scorpion led our team to semifinals as a first pick for the fourth alliance. At the World Championship, Scorpion was the 41st robot out of 68 robots in the Hopper division, and did not play during playoffs, despite the valiant efforts put forth by the Drive Team, Pit Crew members, and Scouters.

As of 2018, Scorpion is perhaps the most aesthetically pleasing robot, with its green powder coating, significantly neater electrical board, and black lexan with white sponsor stickers. It has been dubbed Scorpion due to the shape of the intake and arm, which look like the pincers and stinger of a scorpion, respectively. Scorpion is not only a great example of how far Pearadox has come, but also how it is constantly evolving and improving upon itself. From the many reiterations of the intake, to the climbing mechanism added towards the end of competition season, Scorpion demonstrates how Pearadox is never satisfied, and constantly striving for improvement. Surely Pearadox is destined for greatness and will advance even further next year! 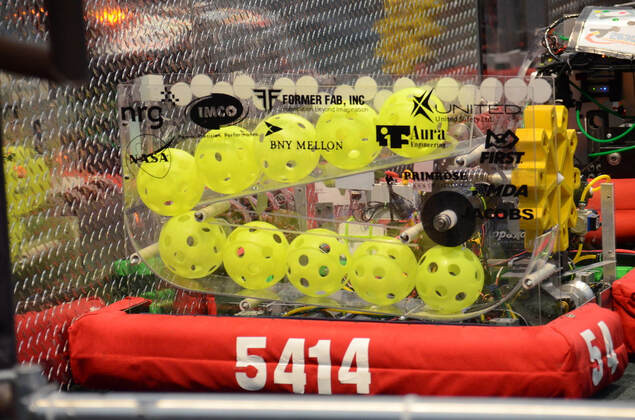 MalFUNKtion was created during our third year during the build season of 2017 in the FRC Game "STEAMworks". This robot competed at the Lone Star Central Regional where we won the Entrepreneurship Award and finished as the 6th seed and captains of the 4th alliance, making it all the way to semi-finals we we lost to eventual Einstein Finalist 118's alliance. We also competed at the Brazos Regional where we won the Imagery Award and were the 1st pick of the 8th alliance losing a hard fought competition in the quaterfinals against the #1 alliance captained by the Einstein semi-finalist team 2848. Lastly we competed at the World championship, finishing 5-5 in the Galileo Division. 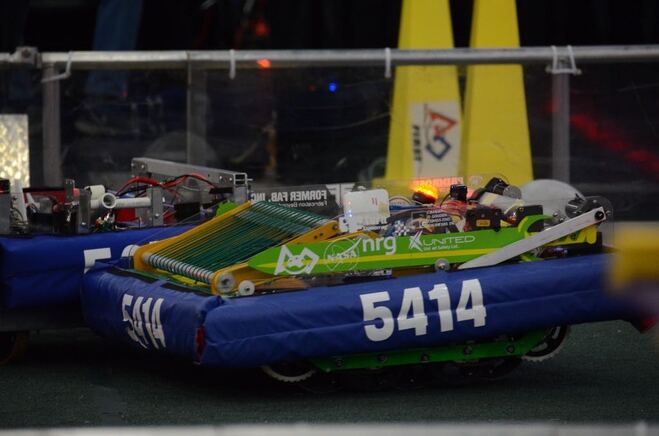 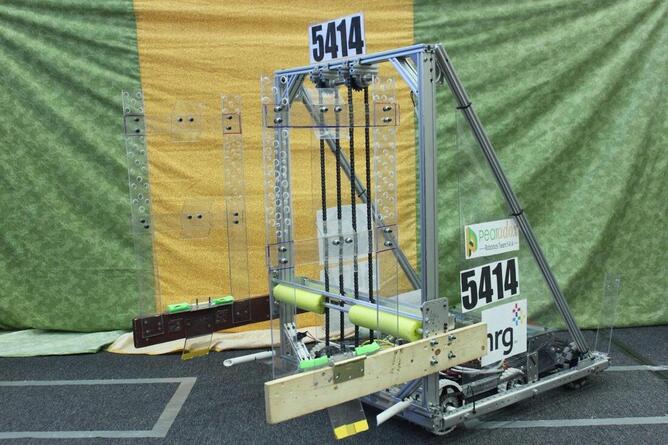 Lexan Luther was created during our rookie year during the build season of 2015 in the FRC game "Recycle Rush". This robot competed at the Lone Star Regional where we won the Rookie Inspiration Award. We also competed at the Texas Robotics Invitational and The Remix 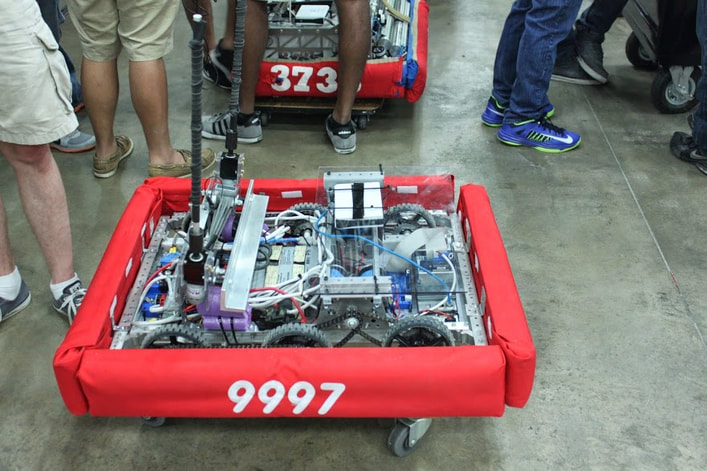 Gary was created during our pre rookie season. He was made during the summer of 2014 for the FRC game "Aerial Assist". Approximately 3-4 weeks were spent building him. We also competed at the Texas Robotics Invitational, Texas Robot Roundup (where we were a member of the winning alliance) and The Remix.